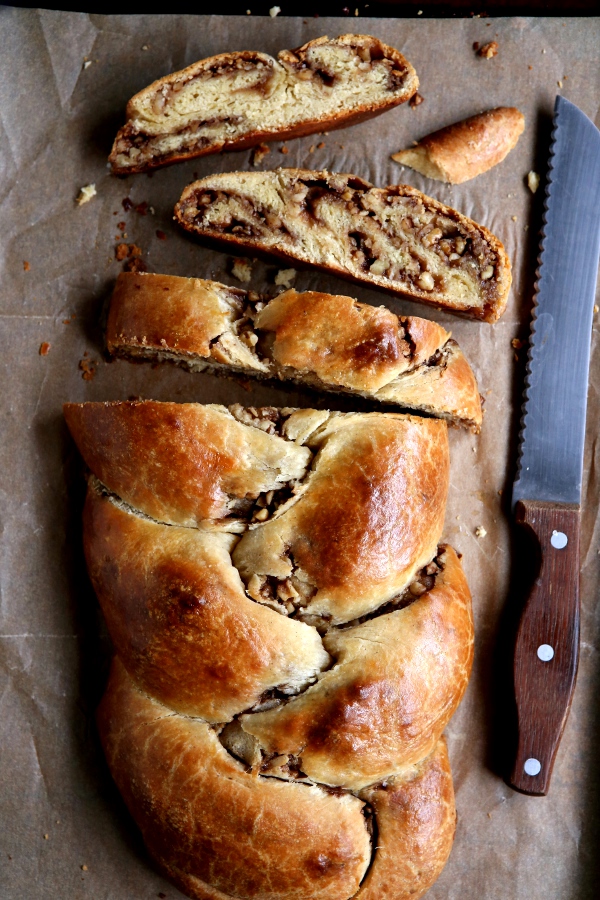 My Dad always says on the ski slopes— if you’re not falling, you’re not learning.

That phrase continues to motivate me, both on and off the slopes. For example, some days I have big flops in the kitchen. Cakes don’t rise, pies don’t set, and genius ideas don’t pan out. These fails are always frustrating, but it’s a good reminder that I still have stuff to learn.

Plus, those flops make the successes so much sweeter. Pulling this beautiful loaf of cinnamon-walnut stuffed challah bread from the oven after a few failed attempts has been a highlight of my week.

I mean, look at that loaf! 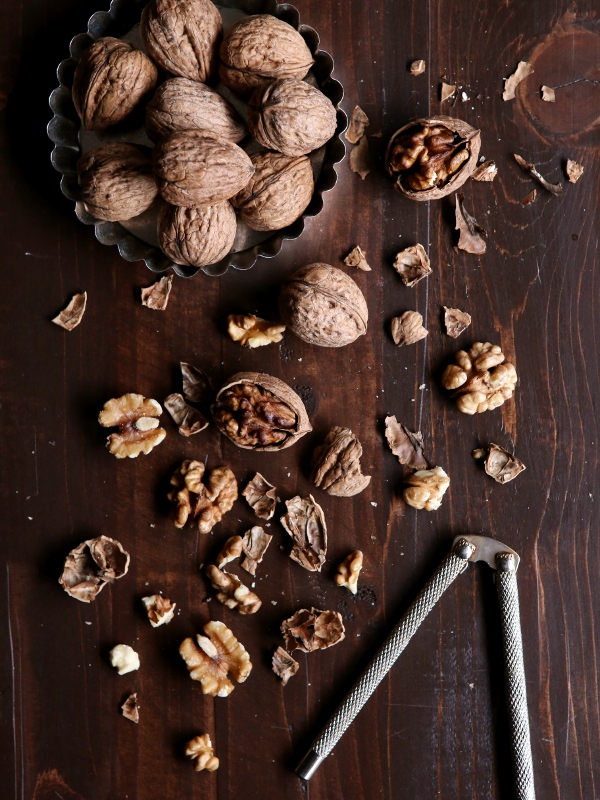 This recipe is directly inspired by the chocolate “babkallah” in the holiday issue of Bon Appetit. It is a babka shaped like challah and it completely blew me away.

I imagine the chocolate variation is amazing, but I may never find out because the combination of cinnamon and walnuts in this loaf is all I could ever want. Imagine the best sticky bun, or cinnamon roll, or flavored challah you’ve ever had, and then you’re pretty close to what this is. 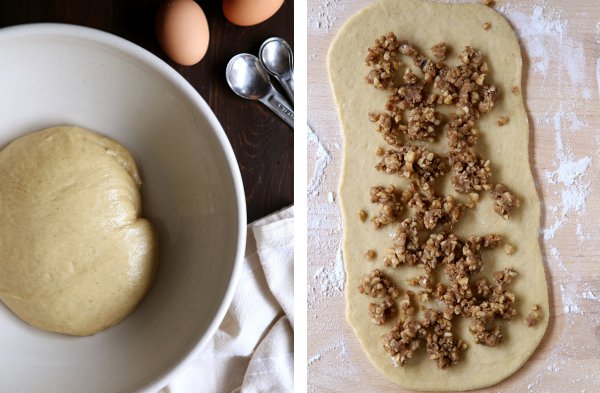 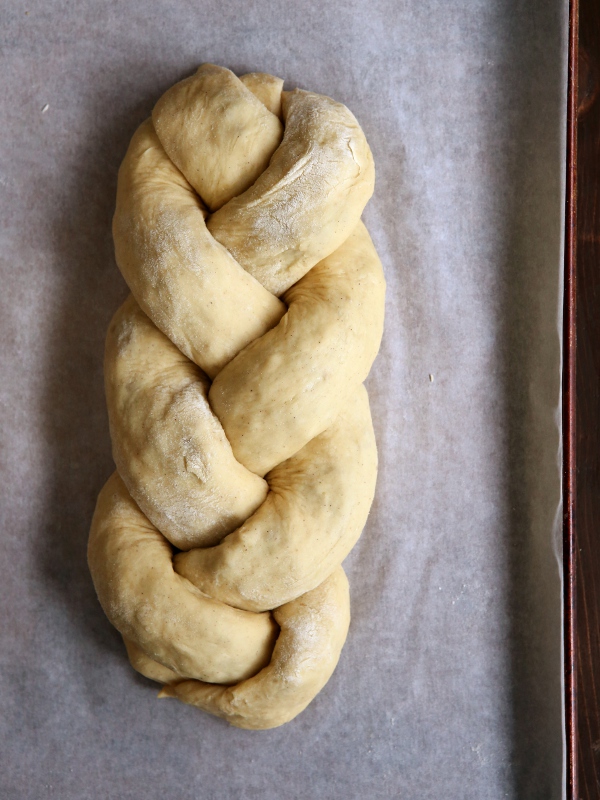 It needs no embellishment, enjoy slices just as they are, and at any time of day— breakfast, dessert, and everything in between.

That being said, this bread would make a killer french toast. If slices stick around that long. 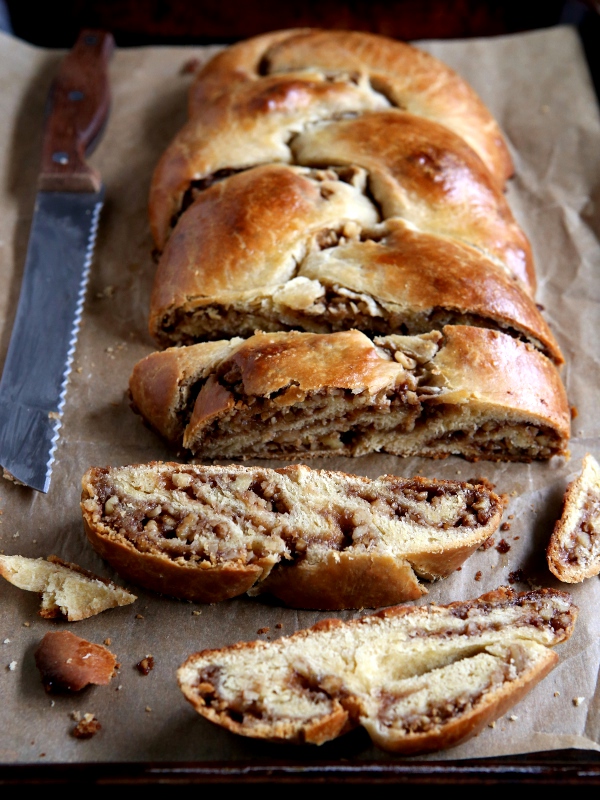 Enriched breads refer to those that are higher in fat than other breads due to more eggs, butter, and/or milk . Because of their higher fat content the dough is very soft and delicate, and often molded and baked in pans. Braiding also helps the enriched dough hold its shape during baking.

Examples of enriched yeast breads are challah, brioche, and babka/baba. 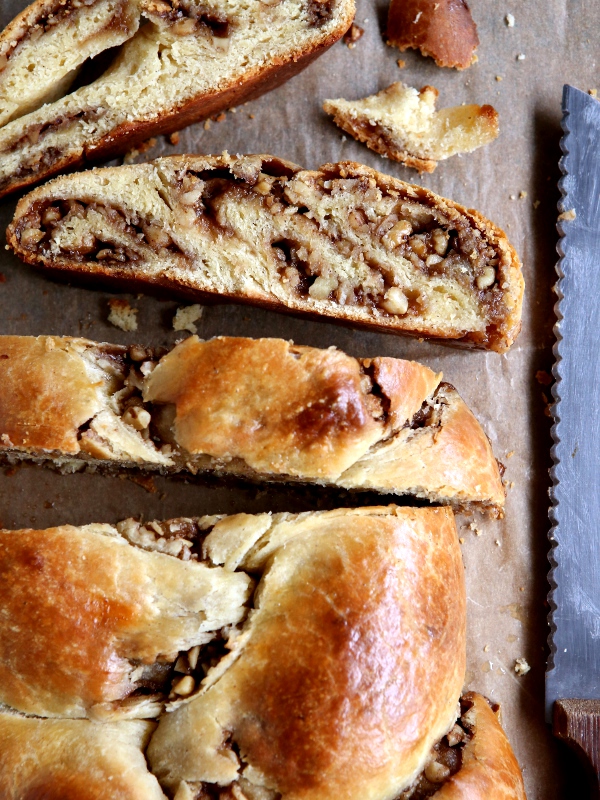 To prepare the dough:

To assemble the stuffed challah:

Disclosure: This post is sponsored by Diamond of California as part of a long-term culinary ambassadorship. Thank you for supporting partnerships with brands I love and believe in, which make Completely Delicious possible. All opinions are always 100% my own.