Traditional shortbread has been around for centuries and follows the most basic recipe: one part sugar, two parts butter, three parts flour. It doesn’t get any more simple or delicious than that. And these shortbread cookies sure were delicious!

What made this shortbread even better was the addition of toasted coconut. If you don’t like coconut, don’t immediately dismiss this recipe. After the coconut is toasted in the oven, it’s ground up. It doesn’t look like coconut, doesn’t have that stringy coconut texture and, once it’s mixed with the other ingredients, doesn’t really even taste like coconut. The cookies don’t have a strong coconut flavor, but there is a subtle nuttiness that the coconut adds, and it is oh so yummy. 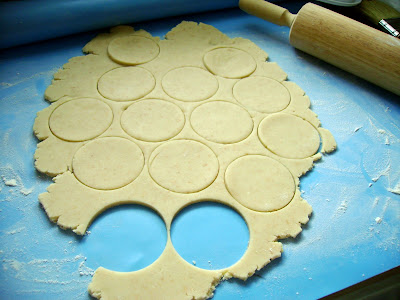 These cookies were very easy to make and didn’t take much time at all. The most difficult thing in the whole process was waiting an hour while the dough chilled in the fridge. I’m not very patient when it comes to food. And speaking of chilling the dough, let me pass on a quick tip about shortbread that I had to learn the hard way. Because of the high amount of fat, the cookies need to be cold when placed in the oven. My first batch turned out great, but those after that didn’t look as pretty. They lost their shape and spread too thin, most likely because the butter in the dough was too warm. In the future I will probably roll and cut my cookies in separate batches and refrigerate the dough in between. I had some leftover chocolate ganache from another baking project and so I decided to make sandwich cookies. The shortbread is extremely yummy all by itself, but the chocolate worked very well with the cookies and turned it into a completely different, yet delicious, dessert. I’m excited to make these again and experiment with other variations. 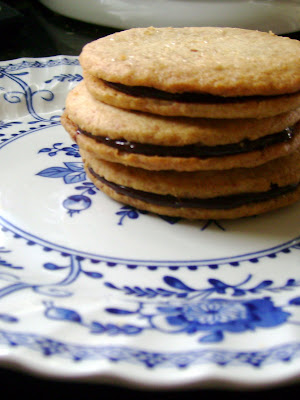 Preheat oven to 325 degrees. Spread coconut on a sheet pan and toast until golden, stirring a few times, about 5 minutes. Put in blender or food processor and chop until coarsely ground.

In an electric mixer fitted with a paddle attachment, cream butter and sugar. Mix in salt and vanilla. Add the flour in two additions and mix until smooth. Gather dough and flatten into a disk, wrap in plastic wrap and chill in the refrigerator for at least one hour.

Roll dough out on lightly floured surface until thin, about 1/4 inch. Cut with a 2 inch circle cutter and place 1 inch apart on a sheet pan lined with parchment paper. Sprinkle with sugar. Bake at 325 for 17-20 minutes until golden brown. Cool on sheet pan for a few minutes and transfer to a wire rack and cool completely. 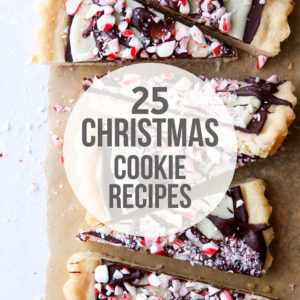 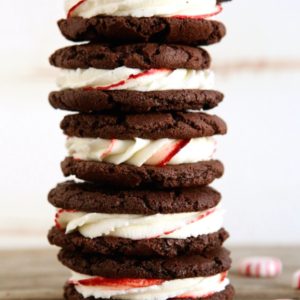 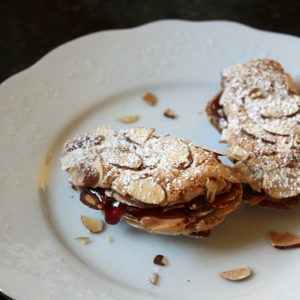 baking tip: Why I only bake with unsalted butter

Most baking recipes call for unsalted butter instead of salted because the amount of salt in salted butter varies from brand to brand, and there’s no way to really know how much salt you’re getting in a stick. So if you’re following a typical recipe that calls for both salt and butter, and you choose to use salted butter, you could be adding quite a bit more salt via the butter than the recipe requires.